By the time you read this week’s newsletter, the XXXII Olympiad Games, known as the 2020 Tokyo Olympic Games, will be just 99 days away.

With International Olympic Committee (IOC) executives stepping down in recent weeks because of insensitive comments and the pandemic still in full swing around the world, these games will go down in history for many reasons, and most of those reasons will not be positive.

Still, we’ve waited as fans for these summer games, and athletes have waited even longer as their preparations were timed to last summer. It is difficult to imagine the disappointment they felt when the 2020 games were canceled.

According to the organizing committee in comments issued last month, the new dates provide certainty for athletes and reassure stakeholders.

To host a safe Olympics, the IOC announced that international fans would not be allowed to attend the games or visit Japan. Tickets already purchased will be refunded. Tokyo organizers said last year that 4.5 million Olympic tickets were already sold to Japanese residents by the time the games were canceled, and another million tickets for the Paralympic Games were also sold in advance. The numbers of international tickets sold were not available.

About 11,000 athletes will participate in this year’s games, and many coaches and other officials will join their teams.

Athletes, coaches, and others affiliated with the games will not be required to have a COVID-19 vaccination. Still, testing will continue throughout the Olympics to prevent an outbreak of the virus from people converging into one city from across the world.

And the IOC announced a change to athlete housing rules that will mean the stories of wild, sex-filled parties in the Olympic village during the Rio Olympics will probably not happen this year. Athletes who have completed their competition will be required to leave within one to two days after their events.

Another tidbit offered by the organizing committee is that athletes and other personnel remain restricted to the Olympic Village or competition venues during their stay. In other words, no sightseeing, dining, bar hopping, or mingling with the locals.

While this is undoubtedly disappointing for the young athletes who have dreamed of visiting Tokyo, the blow must be far worse for Tokyo itself in terms of the economy and hopes for tourism dollars.

The typical financial commitment to hosting the Olympic games is staggering, but host cities hope to recoup their expenses through sales generated during the Olympics. This time for Tokyo, the added cost of maintaining empty venues and housing units will add to the lost revenue. Hopefully, Japan will still find itself in a positive light with worldwide news coverage and an enhanced plan to broadcast and share the Games with a global audience starving for high-caliber sports.

This Olympics will also be one of the most advanced sporting events in terms of technology. Autonomous vehicles will drive around the village and from the airport, shuttling athletes and others.

An artificial meteor shower was initially slated for the games last summer. It will be interesting to see the opening ceremonies as Astro Live Experiences (ALE) drops hundreds of chemical pellets into the atmosphere to create the human-made spectacle.

Toyota will also deploy humanoid robots to guide spectators from remote locations or to their seats. Field Support Robots will retrieve items from the fields of play if Toyota has its way.

NeoFace will provide facial recognition software to provide faster entry for athletes, volunteers, and staff in other technology news. Virtual Reality (VR) will be used at the opening and closing ceremonies and at some of the sporting events.

The Paralympic Games will also benefit from the use of high-tech. Robots will offer stress-free entry/exit and viewing support for wheelchair users, and power assists will help lift heavy equipment at games or offer support to staff as they move heavy boxes or load buses.

On the fun side, the mascots will become robots that will welcome athletes and spectators. The Miraitowa Robot and Someity Robot mascots feature human-like movements, such as waving, bowing, or changing expressions. Another set of robots will shake hands or high-five athletes.

Even the Olympic medals are made from recycled electronic waste. Japan asked citizens to donate used cell phones, laptops, handheld games, and cameras for traditional awards. The public donated more than 78,000 tons of old gadgets from cities across the country for this sustainable venture.

As a result, 70 pounds of gold, 7,716 pounds of silver, and 4,850 pounds of bronze were extracted. The recycled metals will be used for local sports events medals across Japan after the games.

The Olympic Village beds where the athletes sleep and temporarily live will feature biodegradable cardboard box bases. Household and marine waste became podiums for the medal ceremonies, and plastic bottles became the Olympic Torch relay uniforms already seen during the past few weeks.

And techies suggest that fans back home will also benefit from high-tech in the form of ultra-high-definition broadcasts, virtual reality apps, cloud solutions, and other touchless experiences.

These innovations could be the next boon for sports events rights holders and NGBs as fans who are currently locked out of in-person events look for ways to become part of the action. The digital playbook is as exciting as it will be challenging, but fortunately, Tokyo is the testing ground, and the rest of us will benefit. 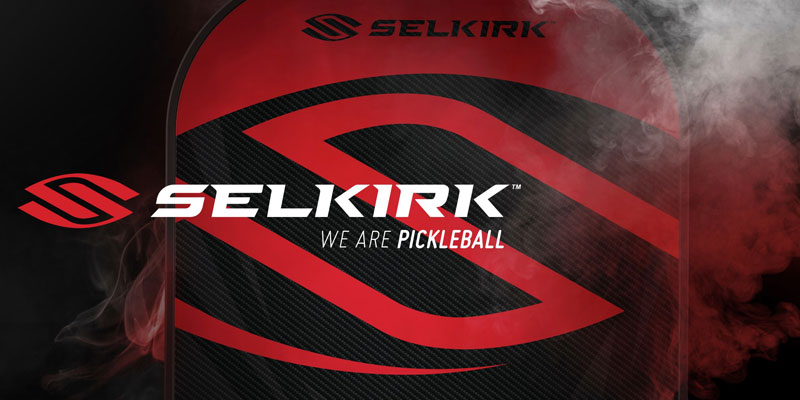 Maximize Your Marketing Efforts to Achieve the Ultimate Publicity

Play It Safe: The Recap
1 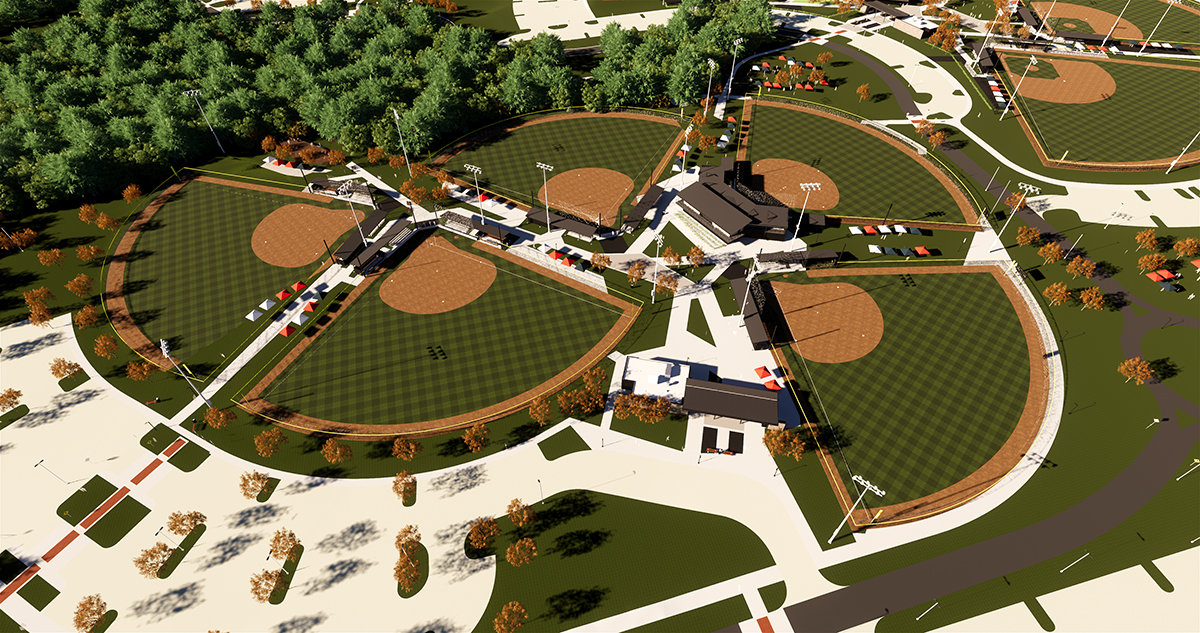 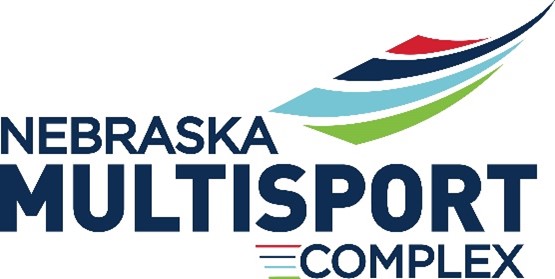 New Multi-Sport Complex to Open in Nebraska This Fall
3 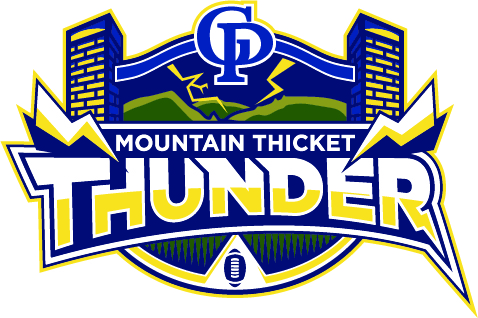 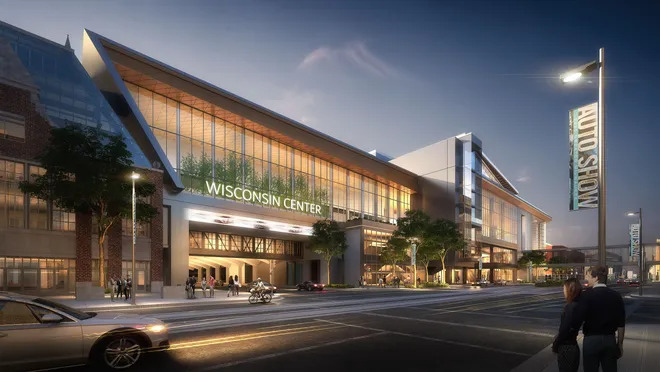 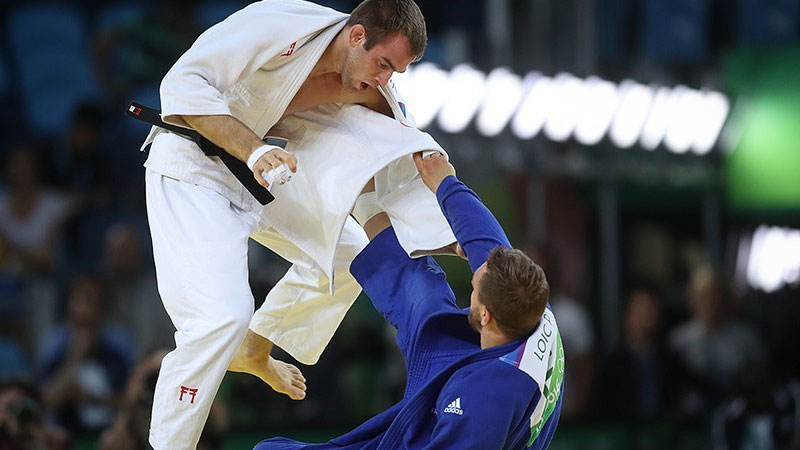 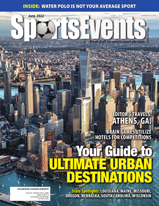